The immune system is the mechanism of our body that fights and protects our body from disease-causing threats which may arise outside or within the body.

Immune system consists of a network of cells, tissues, and organs that together help the body fight against diseases. The immune system also plays an important role in providing surveillance from internal threats and may protect us from development of unhealthy allergic responses and cancer. A healthy immune system is necessary for optimal growth and development and vital for good health and longevity.

Effect of Aging on Immune system

Your immunity may weaken as you age, thus may increase risk of infections and other immune-mediated diseases including cancer. This concern becomes more important  as life expectancy continues to increase in the developed countries

The reduced immune response to infections has been demonstrated by older people’s response to vaccines in some instances. For example, some studies of influenza vaccines show that in people over age of 65 years, the vaccine is very less effective compared to healthy children.

According to scientific data from one of the first world countries,  93% of the adult population does not meet the estimated average requirement (EAR) for vitamin E, 56% for magnesium, 44% for vitamin A, 31% for vitamin C, 14% for vitamin B6, and 12% for zinc.

Vitamin A: Vitamin A  plays critical roles in both innate and adaptive immunity. The skin and mucus membrane of the eye and respiratory, gastrointestinal, and genitourinary tracts function as a barrier against infections and need Vitamin A for its physiological functioning. Vitamin A is also important for the optimal function of several types of immune cells vital for healthy innate response.

Vitamin C: Vitamin C is an effective antioxidant that builds protection for the cells of body against reactive oxygen species which are generated by immune cells. Vitamin C may help to improve functional response of white blood cells. Vitamin C may increase serum levels of antibodies when taken as a supplement, thus may enhance immunity and help to reduce recovery time from common cold.

Vitamin E:  Vitamin E is an antioxidant that protects cell membranes from damage caused by free radical, which may contribute to healthy overall immune response.

Zinc: Zinc is useful for normal development and function of cells which improves innate and adaptive immunity. Zinc cannot be stored in the body, so regular dietary intake of zinc is important in maintaining the integrity of the immune system. Hence inadequate intake can lead to zinc deficiency. Zinc is known to reduce the recovery time in several respiratory infections and is often suggested for use for faster recovery from diarrhea.

Immune system is one of the most critical components of our body and is integral in protecting us from getting sick through healthier immune responses.

A weak immune system will lead to more infections and will raise the risk of getting sick. It may be quite challenging to maintain optimal immune system as we age. Our immune system can be empowered through regular physical activities, and healthy nutritional habits like having a balanced diet,  eating rich sources of immunity supporting micronutrients as described above.  Knowledge about such healthy modalities will help us take charge of our health effectively. As Hippocrates, the father of modern medicine had once aptly quoted, “Let food be thy medicine, and let medicine be thy food”.

An Awareness Initiative from Makers of: 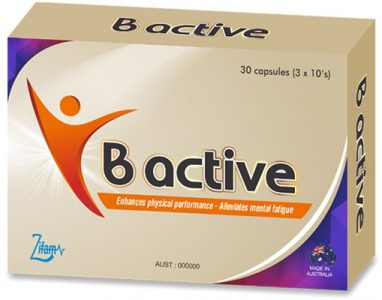