The continuum of an individual’s life can be divided into several life stages, each characterized by certain features. Biologically, life stages of a woman are segmented into infancy, puberty (adolescence), sexual maturation (reproductive age), perimenopausal period, and post-menopausal (elderly) years.

As the female enters the stage of puberty (about age 13 years onwards), her body begins to undergo initiation of adaptive changes to facilitate reproduction and motherhood when she becomes an adult. The transition through these stages is accompanied by considerable cyclical hormonal variations.  (Hormones are chemical messengers which possess tissue specific action)

One such biological event occurring in a female’s life that begins at puberty and continues through her reproductive age is menstruation – commonly referred to as ’periods’.

Menstruation (or ‘periods’) occurs because of changes in hormones in the female body. The ovaries (reproductive organs which produce eggs) release the female hormones oestrogen and progesterone. These hormones cause the lining of the uterus (or womb) to build up. The built-up lining is ready for a fertilized egg to attach to and start developing. If there is no fertilized egg, the lining breaks down and bleeds. Then the same process happens all over again. It usually takes about a month for the lining to build up, then break down. That is why most females get their periods around once a month.

Premenstrual syndrome (PMS) is a condition that affects a woman’s physical health, emotions, and behaviour during certain days of the menstrual cycle, generally just before her menses.

PMS is a very common condition, with most women experiencing its signs and symptoms.

Signs and Symptoms of PMS

Why Does Premenstrual Syndrome Occur?

Though definitive causes are not known, since the causes are multifactorial and involve several complex interactions as postulated:

Premenstrual Syndrome is not a disease, it is just a natural biological phenomenon occurring in the lives of females of the reproductive age group.

Vitamin E is widely known as a powerful antioxidant and has potential role in improving skin health.

An Awareness Initiative from Makers of: 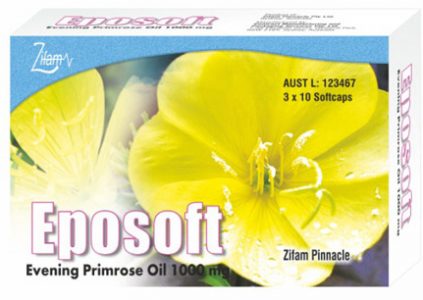